Thomas Stone (1743 – October 5, 1787) was an American Founding Father, planter, politician, and lawyer who signed the United States Declaration of Independence as a delegate for Maryland. He later worked on the committee that formed the Articles of Confederation in 1777. He acted as president of Congress for a short time in 1784. Stone was a member of the Maryland Senate from 1777 to 1780 and again from 1781 to 1787.

Stone was born into a prominent family at Poynton Manor in Charles County, Maryland. He was the second son in the large family of David (1709–1773) and Elizabeth Jenifer Stone. His brothers, Michael Jenifer Stone and John Hoskins Stone, were also prominent in politics. His uncle was Daniel of St. Thomas Jenifer. Thomas read law at the office of Thomas Johnson in Annapolis, was admitted to the bar in 1764 and opened a practice in Frederick, Maryland. 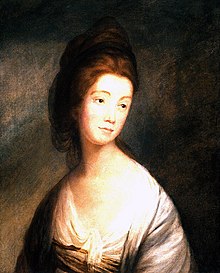 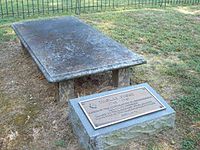