"Good God, what brave fellows I must this day lose!"  - George Washington, upon seeing the Maryland 400 in action

Maryland is known as the "Old Line State", but not many know where the name came from. The name refers back to our brave and fearless Maryland Patriots that fought in the Battle of Brooklyn (also known as the Battle of Long Island (link is external).  The Maryland Patriots that fought in the battle became known as "The Maryland 400". The war could have come to an end at that battle had it not been for the Maryland 400 who sacrificed themselves to allow the colonial army to escape.

March 17, 1776, The British fleet has retreated to Halifax, Nova Scotia to refit after the end of the year-long Siege of Boston. General George Washington, who had successfully taken Boston, was expecting another attack on New York. To prepare for the attack, he moved his troops to Long Island and New York City, and arrived himself on April 13, and reinforced fortifications there. 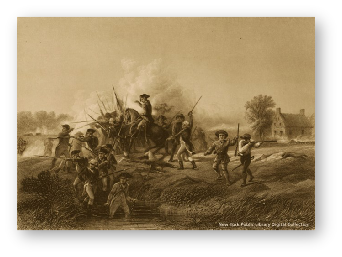 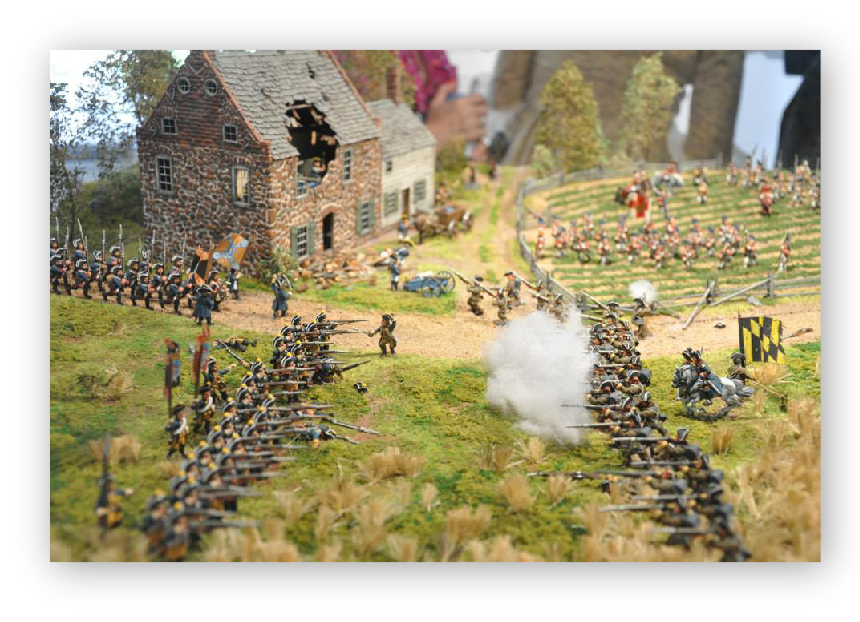 Aug. 27, 1776, The British Attack New York. The first major battle of the Revolutionary War is under way. It is because of this Battle that Maryland would earn her nickname "The Old Line State." The Colonial Army, numbering less than 13,000, were matched against 34,000 British forces. Within a few hours of the start of the attack they were surrounded. Sensing the potential to lose a good portion of his army, General George Washington ordered a retreat. To cover the retreat, the men of the Maryland line, Pennsylvania line and the Delaware line were left behind to provide cover for the only escape was past an old house and across a creek.

Eventually, the Delaware and Pennsylvania lines gave way, and they were ordered to retreat, leaving six Maryland companies, totaling about 400 men, who were ordered to take the old house where British cannons were killing retreating colonists. The Marylanders attacked five times, losing more men with each attempt.  General Washington said to Gen. Israel Putnam, "Good God, what brave fellows I must this day lose," as he watched the Marylanders being slaughtered.

As the Marylanders continued to charge and the killing continued, in the sixth attempt, the remnants of the 400 successfully took the house and stopped the carnage.  With only two pieces of artillery, they silenced the six British cannons and for a brief time the killing was stopped. Eventually the Maryland 400 were overwhelmed and ordered to join in the retreat.  After the order for retreat, the Maryland 400 spiked their cannons and crossed the creek to safety.

By the end of the battle, 256 of the Maryland 400 lay dead. More than 100 were wounded or captured.  Because of their heroic performance, the Maryland Line would become known as the "Old Line", and that is where Maryland earned the nickname "The Old Line State".

On 27 August 1991, the 215th anniversary of the battle, the Maryland Monuments Commission and a host of New York dignitaries rededicated a refurbished Maryland 400 Monument(link is external) who, on August 27, 1776, fought the rear guard for George Washington's withdrawal from New York.

In 1993, the MDSSAR renamed the Patriot's Fund the Maryland Four Hundred Fund. This fund memorializes 400 Marylanders who served as the rear guard for George Washington's army during its withdrawal from the Battle of Long Island, New York, on August 27, 1776. The purpose of this fund is to underwrite projects supported by the MDSSAR Maryland Society. For information about donating to this fund, Click Here

For additional reference material about the Maryland 400, we recommend these resources:

The Maryland 400 in the Battle of Long Island, 1776 (link is external) by Maryland Historian Linda Davis Reno

Saving Washington: the Forgotten Story of the Maryland 400 (link is external) a work of historical fiction by Chris Formant 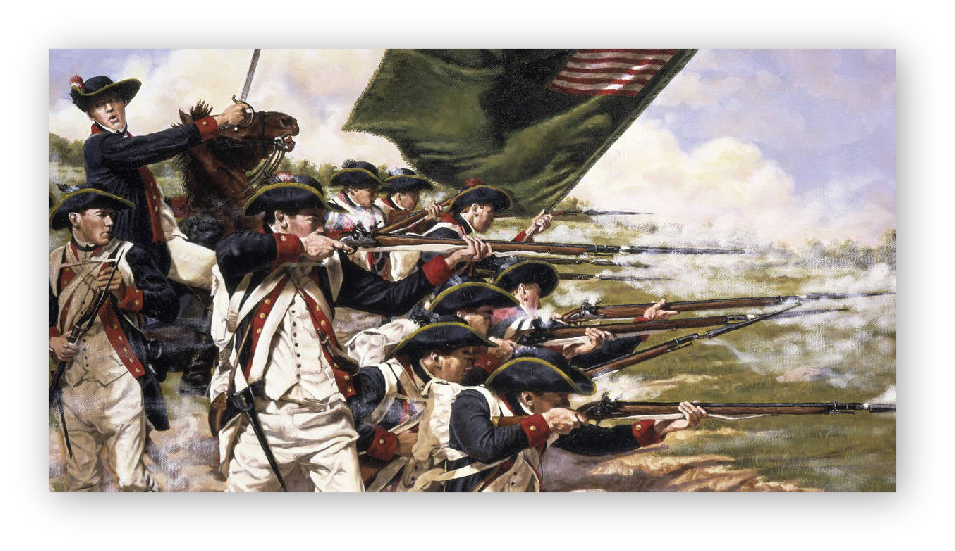