Chris is an attorney with the Law Office of Offutt, Horman, Burdette & May, PA and has been in practice for over twenty-six years. He is a member of the Bar Association of Frederick County and the Maryland State Bar Association. He is also a long-time member and officer in the Sons of the American Legion (Francis Scott Key Post #11) and a Life Member of the Sons of Amvets (Post #2). Prior to becoming Third Vice President of the MDSSAR, Chris was the Chancellor for the MDSSAR and the Sergeant Lawrence Everhart Chapter.  He is seven generations removed from his Revolutionary War ancestor, Theophilus Howell.

Chris currently resides in Frederick with his wife Becky, and they are parents of three sons, Philip, Henry and Stanford. 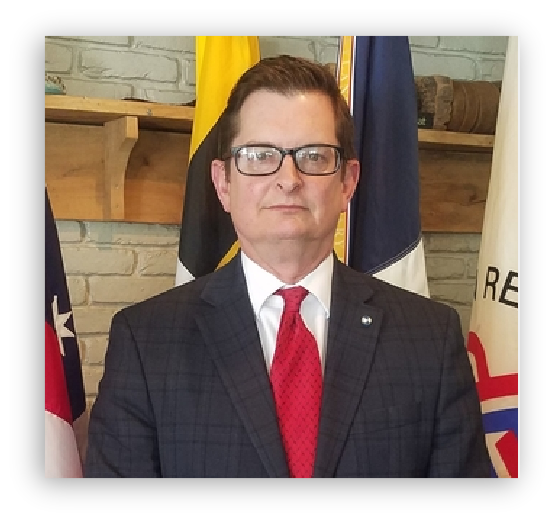 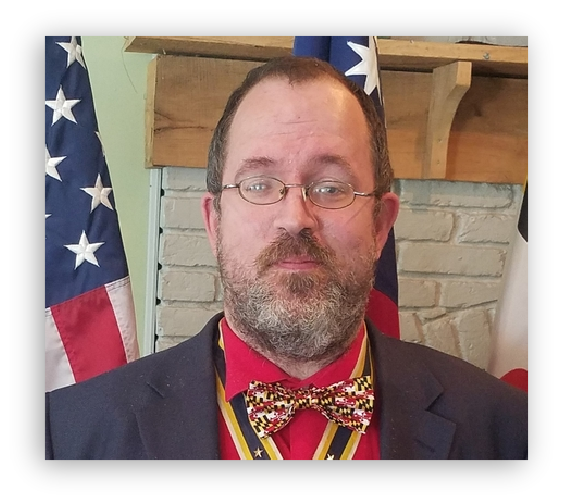 Christopher T. Smithson, a native of Maryland, son of past State President William P. Smithson and Carol A. Davis. Chris served as the Registrar, Maryland Society of the Sons of the American Revolution from 2018 to 2021. He’s been a member of the Maryland Society Sons of the American Revolution since 1998. He joined at age 18 after transferring from the Col. Thomas Hartley Society, National Society Children of the American Revolution. Chris went on to serve as the President of the Col. Aquila Hall Chapter at the age of 20 being the youngest at the time to serve in this role. He went on to serve as President of the chapter another four times. He has sponsored over 300 members over the years. Three times awarded Florence Kendall SAR Membership National Award for the largest number of new members in one year. He is an active member of the Maryland Society Color Guard since 2000.

Besides his duties with the SAR, he currently serves as Genealogist General of the Hereditary Order of the Signers of the Bush Declaration; Registrar of the Society of the War of 1812 in the State of Maryland; Sr. Society Registrar, Bush Declaration Society, National Society Children of the American Revolution which he organized and founded in 2002; Sr. State Registrar of the Maryland Society Children of the War of 1812.

He has been doing genealogy research for over 30 years specializes in Harford County, Baltimore County and Baltimore City, and Cecil County, Maryland from the Colonial to 21st Century, documentation retrieval, brick wall ancestors, patriotic and hereditary lineage research, and missing heirs research as well as African American research. Conducts research at the Maryland State Archives, and the Maryland Historical Society. Chris gives genealogical lectures for the Historical Society of Harford County and is an author of seven books. In 2020, he started a quarterly genealogical journal “Upper Chesapeake Branches” focusing on Harford, Cecil and Kent County, Maryland. 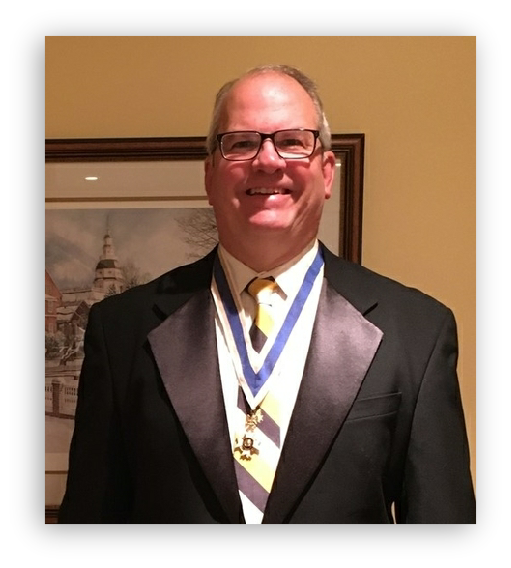 I had a happy life growing up in my hometown of Gainesville, Florida. I enjoyed many family vacations, camping, participating in sports at the Boy Club and attending sporting events at the University of Florida.

I enlisted in the US Army Reserve after my high school graduation. I returned home to attend college and was commissioned from the University of Florida Army ROTC in 1983. I transferred to the University of Central Florida in my senior year and enjoyed the opportunity to work at the Walt Disney World Magic Kingdom.

I returned home to Gainesville, Florida where I met my wife who was attending graduate school at the UF College of Medicine. Upon her graduation, we moved to Baltimore for her post-doctoral fellowship and latter relocated to Scotland for 3 years.

In 1998, we returned to Maryland. I attended the University of Maryland and completed a degree in Government and Politics. I begin my employment with UPS in 2000 as a part-time supervisor and worked part-time for the State of Maryland.

I  continue to work at UPS at the facility in Baltimore as a feeder safety and dispatch supervisor. I am also a member of the government outreach team.

I have been a member of the NSSAR since December 2000. I transferred to the Maryland Society from the District of Columbia Society. I was installed as President of the Charles Carroll of Carrollton Chapter in September 2020. My revolutionary war ancestors served mostly in the Wilmington District of North Carolina in the militia and continental army.

J.D. Urbach is a Baltimore County native and past Col. Nicholas Ruxton Moore Chapter President. A graduate of Dundalk High School, Urbach received his BA from Drew University and MBA from the Johns Hopkins University. He resides in Edgemere with his wife, Michele, and their two children.

Professionally, Urbach is a Project Management Professional (PMP)® and Senior Program Manager with Edwards Performance Solutions supporting initiatives at the Centers for Medicare & Medicaid Services (CMS) in the U.S. Department of Health and Human Services (HHS). Over his twenty-five-year career, he has led projects at Lucent Technologies, Laureate Education and McCormick & Company.

In his community, Compatriot Urbach serves as Board Chair of the Trustees of the Community College of Baltimore County (CCBC) and on the Board of Directors of the Maryland Association of Community Colleges (MACC.) He is President of the Our Lady of Hope / St. Luke School Board and a local board member for the U.S. Selective Service System.

Compatriot Urbach is a forty-year veteran of the Boy Scouts of America and chairs the Baltimore Area Council Alumni / NESA Committee. He serves on both the Maryland Society and National Society SAR Eagle Scout Committees and, as an Eagle Scout, Vice President Urbach credits his participation in the SAR Eagle Scout contest in 1990 as his impetus for joining the SAR.

Vice President Urbach was admitted to the Maryland Society in 2012 by descent from Patriot Joseph Wallen, a private in the Militia of Montgomery County, Virginia 1777 and Joseph’s father Patriot Elisha Wallen, the longhunter, who provided patriotic service and was an early pioneer of Tennessee and Kentucky. 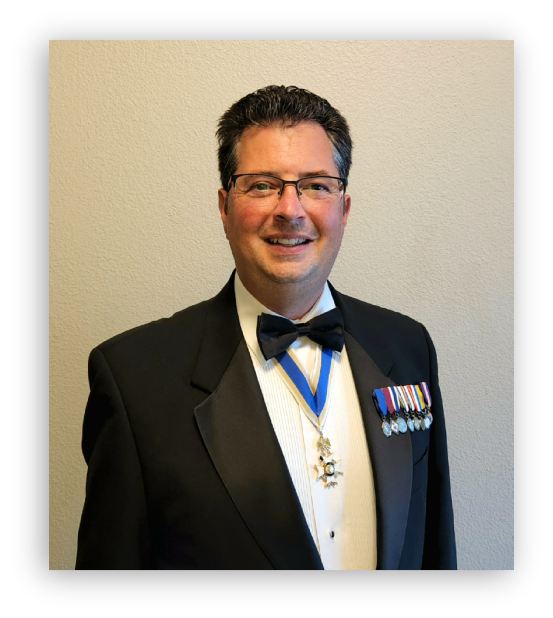