John Smoot enlisted as a private in the First Company of the First Maryland Regiment in January 1776. Led by Captain John Hoskins Stone, the company was raised in Charles County. It was part of Maryland's first contingent of full-time, professional troops. Its men distinguished themselves that summer, gaining fame as the "Maryland 400."

In July, the regiment received orders to march to New York, in order to defend the city from an impending British attack. The Marylanders arrived in New York in early August, where they joined with the rest of the Continental Army, commanded by General George Washington. On August 27, 1776, the Americans faced the British Army at the Battle of Brooklyn (sometimes called the Battle of Long Island), the first full-scale engagement of the war. The battle was a rout: the British were able to sneak around the American lines, and the outflanked Americans fled in disarray.

During the retreat, the Maryland troops fought their way towards the American fortifications but were blocked by the swampy Gowanus Creek. Half the regiment, including the First Company, was able to cross the creek, and escape the battle. However, the rest were unable to do so before they were attacked by the British. Facing down a much larger, better-trained force, this group of soldiers, today called the "Maryland 400," mounted a series of daring charges, which held the British at bay for some time, at the cost of many lives, before being overrun. They took enormous causalities, with some companies losing nearly 80 percent of their men, but their actions delayed the British long enough for the rest of the Continental Army to escape. In all, the First Maryland lost 256 men, killed or taken prisoner. [2]

Smoot survived the battle, as did most of the men in his company. During the fall of 1776, the Marylanders fought a series of battles in New York: Harlem Heights (September), White Plains (October), and Fort Washington (November). While the Americans had some tactical successes at these engagements, by November they had been pushed out of New York entirely, though they secured key revitalizing victories at Trenton and Princeton late that winter. [3]

In December 1776, Smoot’s enlistment came to an end. While a number of men in the First Maryland Regiment reenlisted, John Smoot did not. Nothing else is known about his life. There were many men named John Smoot in Maryland during and after the Revolutionary War, and not enough is known about their lives to differentiate between them. 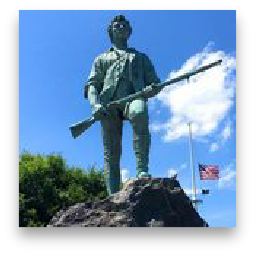